Want a part-time job that pays $1,463 a year, but offers a great opportunity to serve the public? Then you might want to rush down to the municipal office in Cavendish to put your name in.

The Resort Municipality is short two candidates to fill its slate of councilors for the Aug 13 election, so it has extended the nomination period, as per the Municipal Government Act, to 2 pm, Aug 3 from July 27.

The Resort Municipality’s Council has a mayor and six councilors, with the mayor earning $2,195 a year. The planning board chair earns $1,777 annually.

The province has changed the election process, with new legislation dictating an annual general meeting is no longer required by municipalities. In the past, the election nomination process would run at the same time as the AGM or a public meeting where people could be nominated from the floor and asked if they wished to stand for election. If the candidates didn’t face any challengers they would be acclaimed.

Giving seasonal residents an opportunity to vote is why elections are held in the summer and not in November, as is the case with other municipalities on PEI.

Brenda confirmed the tab will be higher for this election, which could cost as much as $3,000, since there will be additional ads in newspapers, advance polls and other expenses related to conventional elections.

That compares to about $500 for previous elections.

If there are any bugs in the new system the province will have a chance to fix them before the November municipal elections.

Story and photos by Jim Brown

Eleanor Hora’s home was a good-natured shrine to the Trump resistance movement in Stanley Bridge on July 21.

Eleanor was hosting the second annual meeting of the Trump-Free World Society (Stanley Bridge Founding Branch), which drew dozens of Americans and Canadians from diverse backgrounds, who all shared one thing in common: the dream of a world without Trump.

Groaning tables were filled with Trump-themed finger foods. The culinary highlight was a large cake topped in swirling orange icing bearing the image of President Trump as a diapered baby, similar to the Trump Baby blimp that flew over London during his recent disastrous visit there.

Guests were handed photo reprints of the Trump baby image to hold up for a group photo, with one woman playfully tearing up her photo to show her distaste for America’s 45th president.

Also, after making a wish, guests pricked orange balloons symbolizing America’s president and his administration. If only they would deflate as easily.

Over spirits and good food participants unburdened themselves and exchanged stories about what it’s like to live in a world defined by Trump and about an America facing one of the gravest threats in its history.

They left the bash feeling more optimistic about the future and with a growing sense of shared purpose. 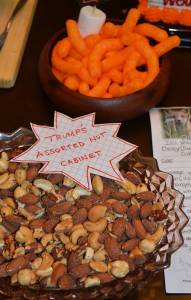 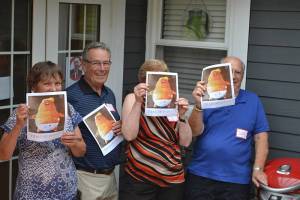 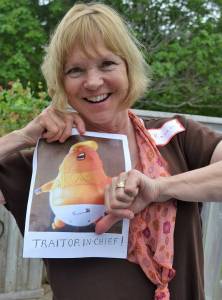 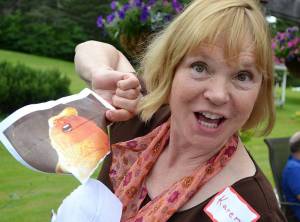 It was Shawn Mendes day at the Cavendish Beach Music Festival, helping the festival close out one of the most successful summers in its decade long history. But before Mendes there were the Broods, a wildly successful New Zealand brother-sister duo consisting of lead vocalist Georgia Nott (in photos) and multi-instrumentalist Caleb Nott, who also does backing vocals. They captivated a revved up crowd with a sultry, soulful afternoon set that hit all the right notes.

It was one of the largest crowds ever seen at the 10-year-old Cavendish Beach Music Festival (July 8) and many of them were there for American country superstar Luke Bryan. But long before he hit the stage tens of thousands of people assembled for an impressive lineup of talented acts including the James Barker Band, Granger Smith and Jon Pardi. And bright, sunny skies and balmy temperatures did their part in boosting spirits and attendance. 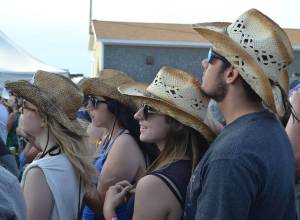 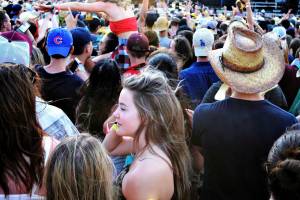 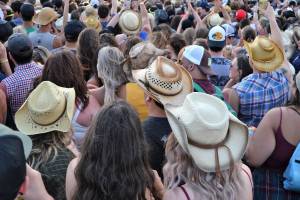 They were there before noon and were prepared to wait long into the darkness for a chance to watch American country superstar Luke Bryan perform on the main stage at the Cavendish Beach Music Festival on July 8, the festival’s third day.
Photos by Jim Brown 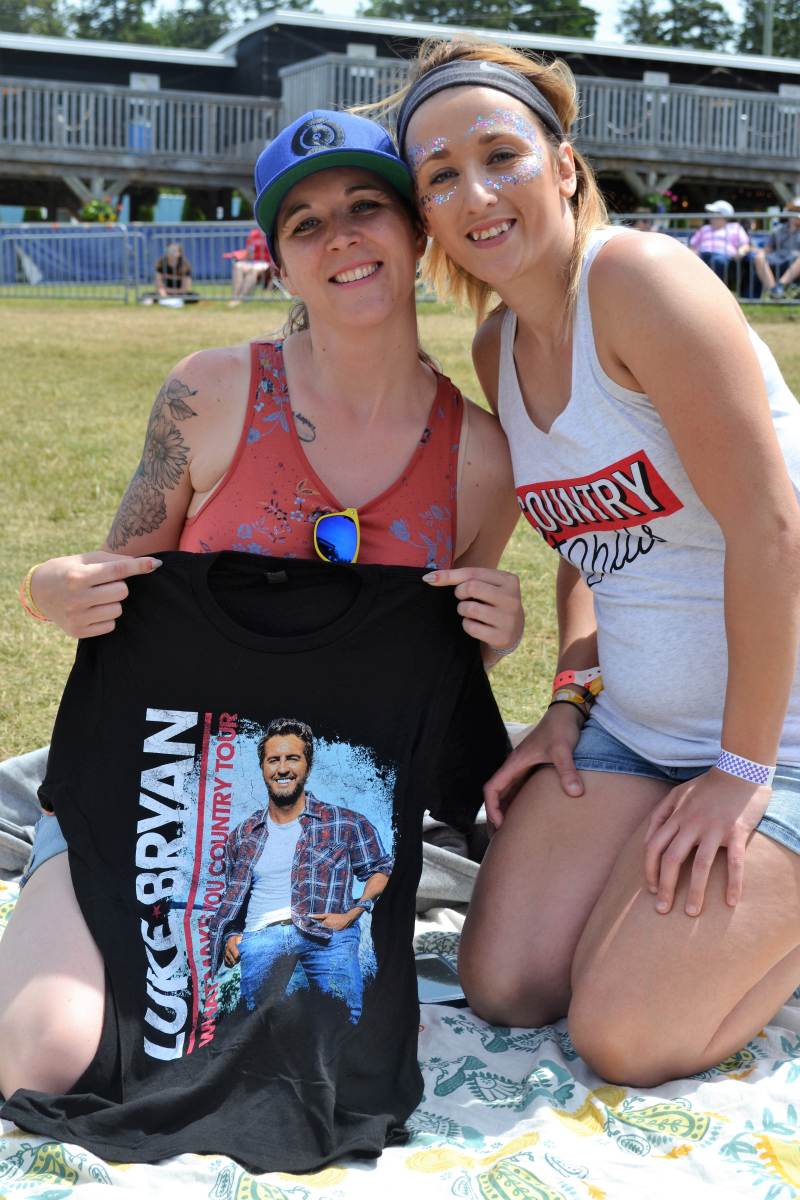 Allison Parsons and her friend Amanda White, both from St Johns, NFLD., had been looking forward to their PEI trip to see Luke Bryan for six months. Their thoughts on the beach festival so far: “It’s awesome, best one yet,” they said.

It was the best kind of birthday gift 16-year-old Ashley Melanson, from Dieppe, NB., could ask for – a ticket to see her favorite performer on stage at one of the best music festivals anywhere. Joining her on her trip to the Cavendish Beach Music Festival to see Luke Bryan was her dad Luc Melanson, who also happens to be a big fan.

The Cavendish Beach Music Festival grounds were splashed with sun on Saturday, July 7, at the start of the day’s entertainment, a stark contrast to one day earlier when lashing thundershowers delayed the festival’s opening acts for several hours.

EmiSunshine and her band led off the day’s entertainment (accompanying photos), followed by The East Pointers, Lindsay Ell, Terry Clark. Dallas Smith and a star-studded list of other entertainers, finishing with headliner Chris Young. EmiSunshine (Emily Sunshine Hamilton) is an East Tennessee classic country, folk and blues phenomenon, who at just 13 has already graced the cover of Country Music People. It was just the first act of the day, but the grounds were already jammed with fans of her music. 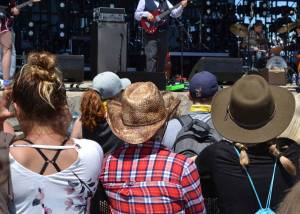 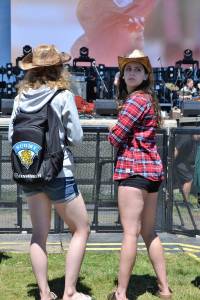 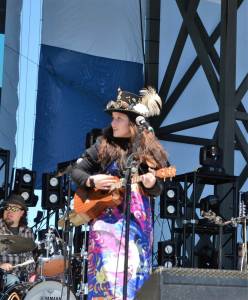 Story and photos by Jim Brown

Long columns of ticket holders assembled more than an hour before showtime at the Cavendish Beach Music Festival on the festival’s first day, July 6, only to be disappointed when the skies opened up and heavy rains threatened to wash everything away, accompanied by thunder and lightning. But many were in good spirits as they attempted to wait out the deluge. Dark clouds and rain were banished shortly after 2:30 pm, with the sun reappearing, along with warmer temperatures. Organizers were optimistic the day’s program, delayed since 12 noon, would be underway by around 3 pm. 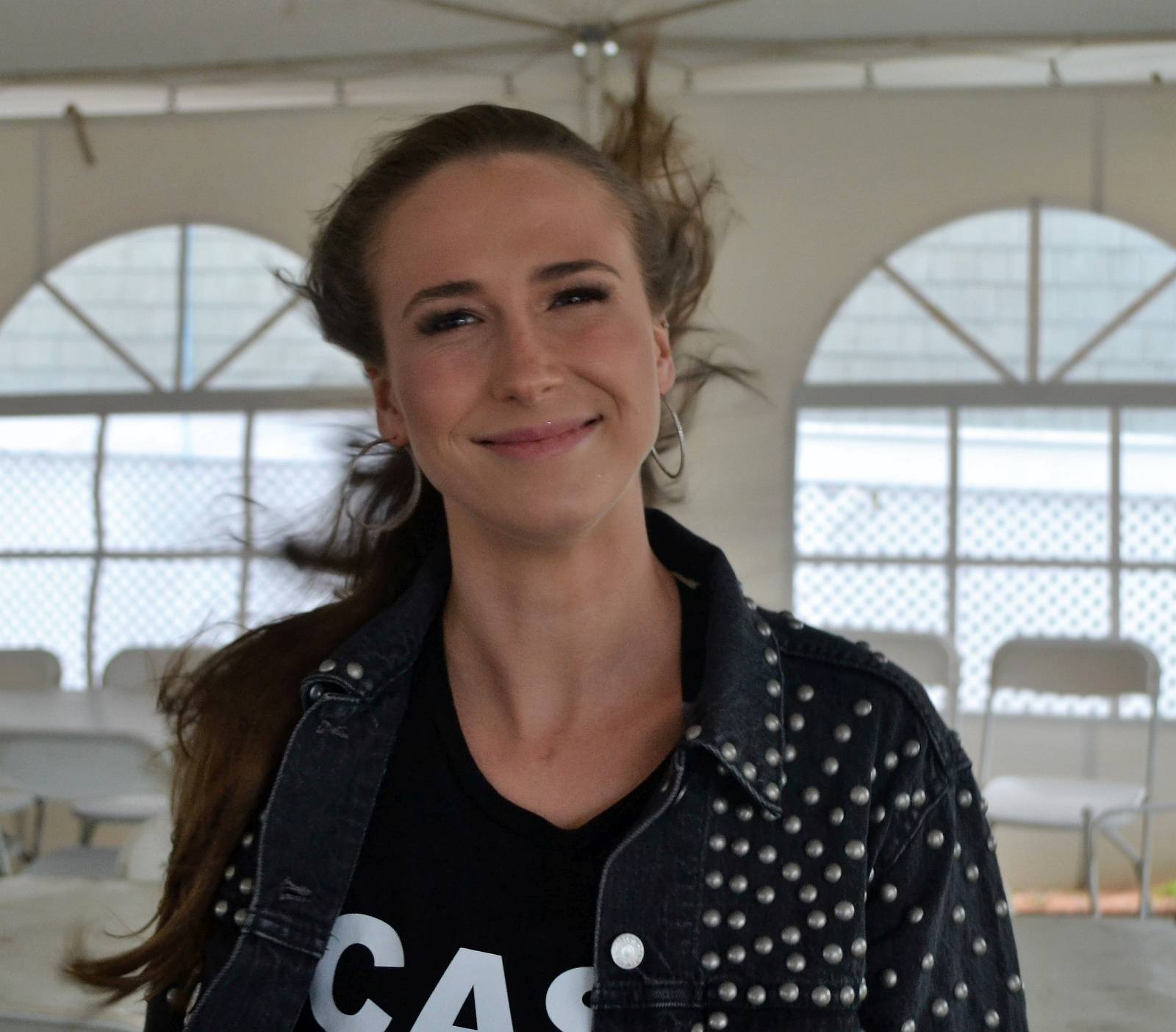 Canadian country music star Shae Dupuy sought shelter inside a large tent on the festival grounds, waiting for a break in the stormy weather.

Two members of the provincial under-15 women’s basketball team attempt to slide into plastic raingear. 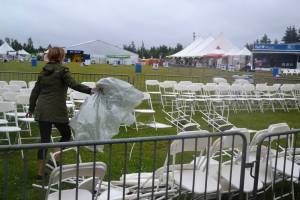 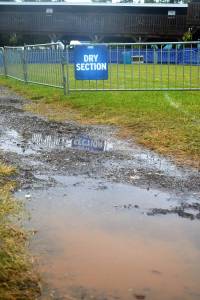 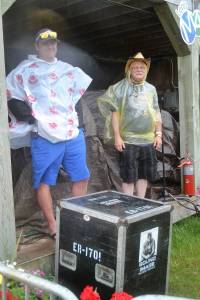 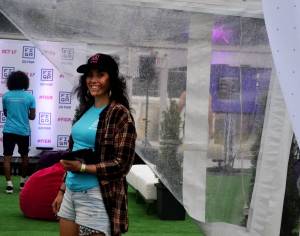 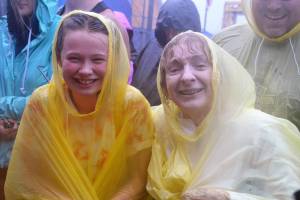 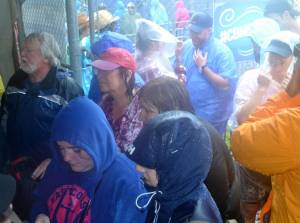 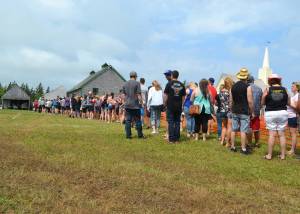 The parade was in town on Canada Day in North Rustico and thousands of people came out to see it. It was a wonderful morning to be out and enjoying Canada’s 150th birthday, with hot, sunny weather and a cooling breeze. Many parade-watchers arrived more than a hour earlier to grab the best viewing spots along the route. Even Star Wars characters showed up for the show. It was hard to imagine a better place to be on Prince Edward Island to mark Canada’s special day.

Click an image below for a full size lightbox view. 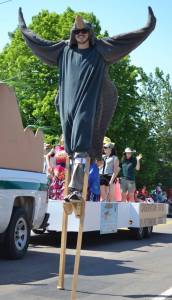 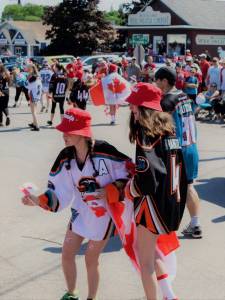 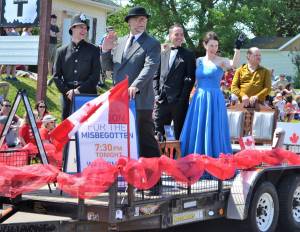 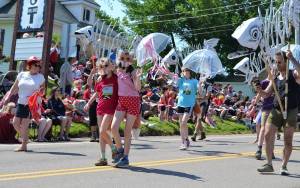 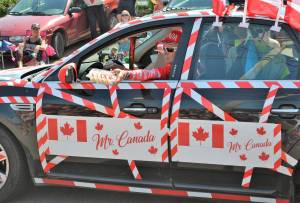 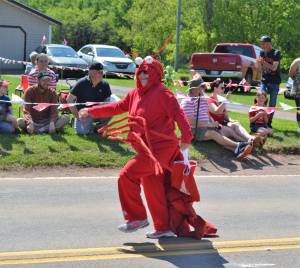 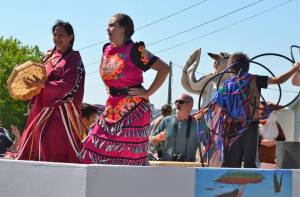 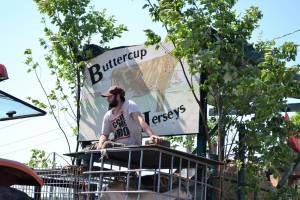 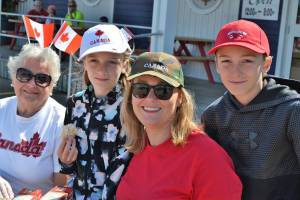 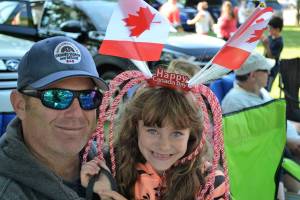 Resort Municipality of Cavendish councillors were taken aback at the cost of solar lighting brackets used in a prototype design on Graham's Lane, which were more expensive than they thought. Going green, apparently, has a cost.

"Twenty-six dollar lights and $190 brackets," said Mayor Matthew Jelley at the July 18 monthly meeting, adding that's about a fifth of what the municipality required. That works out to about $50,000 when all the brackets are installed.

There is a chance the cost could be reduced.

Council put the matter aside for future discussion, as more information becomes available.

Find Us On Social Media